Book with peace of mind – enjoy our early booking offers up to -10% off! I book
ARGELES SUR MER

Where is ArgelEs sur Mer?

Argelès sur Mer is situated in Pyrénées Orientales, a department in the region Languedoc-Roussillon-Midi-Pyrénées. Lying 20km to the south of Perpignan this town of the Côte Vermeille is close to Elne, Palau-del-Vidre, Saint André, Sorède, Banyuls-sur-Mer and Collioure. There are several means of access open to you: by car using the RD 914 which is a dual carriageway to and from Perpignan, by using the departmental buses or by train using the TER with direct intercity connections from Paris.

With a total area of 58.67km2 Argelès lies in an area between the foot of the Massif des Albères which form the frontier with Spain and the heart of the Roussillon Plain. The highest point is the peak “Quatre Termes” at 1156m. Its permanent resident population which continues to increase steadily is around 10,000 but is added to by around 650,000 tourists during the summer high season.

The history of Argeles sur Mer

The presence of 2 Iron Age dolmens, more commonly known as collective tombs, confirms the presence of prehistoric man in this area. The town of Argelès is an ancient city dating back to the Middle Ages with mention first made in documents from 879 under the name “Villa de Argilariis” which makes reference to the clay soil on which the town is built.

In the 10th century, the town benefited from growth and wealth, during which time several architectural monuments were built – some of which can still be admired today. In 1659, the commune became French following the signing of the Treaty of the Pyrenees which allowed Roussillon to become permanently part of France.

It was in February 1939 that the town faced the dramatic “Retirada” (which means retreat in Spanish). More than 450,000 Spaniards were forced to leave their home country and headed for the France-Spanish border following the victory of the dictator, General Franco. The beach at Argelès sur Mer, amongst others, was chosen to site a camp for receiving refugees fleeing from Spain. More than 60 years later, many members of their families still live in the region and their descendants have become French nationals.

From the 1950s Argelès became a significant tourist resort : after the cruel and painful wars, Argelès sur Mer saw a major turnaround in its economic status as it became the tourist capital of the region. in 1954, the first privately owned campsite was born, heralding the arrival of a development which we were part of. Today, the economy of the town is largely based on tourism and Argelès sur Mer has been classed as a “station balnéaire”( – bathing resort literally) since 1962. It has one of the biggest concentration of campers in Europe.

Lounge on the beaches

With 7km of sandy beaches and 3 km of rocky coves, the beaches delight both young and old and offer a large variety of activities and clubs which you can enjoy with your family and / or friends. Large areas of the beaches are patrolled and surveyed by lifeguards so your security is assured if you choose to go there. Those who like night time outings will enjoy evenings at the Casino, the amusement parks, the discotheque or the market offering local artisan products at the Centre Beach which is open every evening from 17h to midnight from June 15th to September 15th.

Its popularity doesn’t wane: the Allée de Pins where you can walk amongst the many shops and restaurants, the tree lined promenade, the 12 hectare pine forest created in 1954 – this is an area where you can walk beside the sea, picnic as a family or just enjoy watching all the people having fun!

In what is one of the sunniest regions of France, the commune of Argelès welcomes you to discover its typical little narrow streets and will leave you with a lasting memory of all things Catalan. A colourful walk, its walls of Cayrou, the local market, the Museum Casa de les Albères and its numerous festivals await you.

You shouldn’t miss a walk around the young port (just over 20 years old) but is much appreciated by those who love all things nautical or simply by those who enjoy the beauty of the 700 yachts and pleasure craft moored along its quays. Situated where the Massane meets the sea, it’s a lively place where shops and restaurants mingle with all the services necessary for marine activity and water sports.

Just a short distance from there, the Chateau de Valmy dating from the 19th century with its Park overlooking the town is, without doubt, one of the best viewing points in Argelès sur Mer. Its terraces look out on a magnificent scene covering the village, the port Les Albères hills and the whole length of the coast. 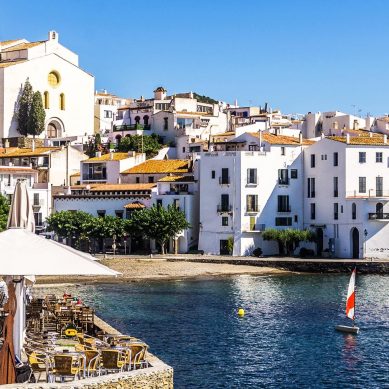 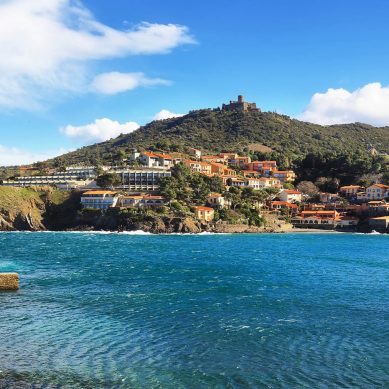 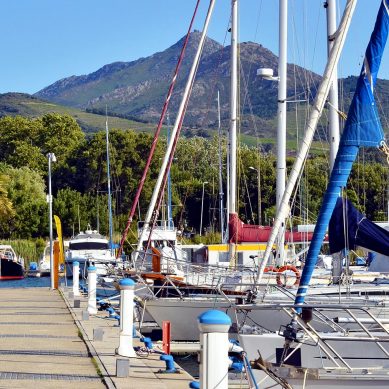